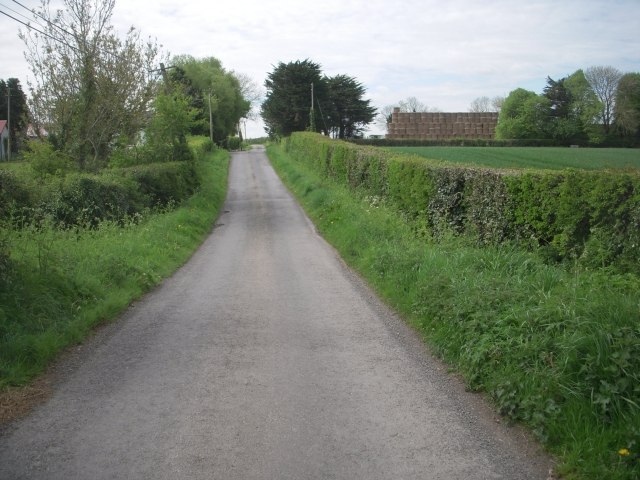 Nuttstown was from 1571 to 1930 the seat of the Corballis family, landlords who remained Roman Catholic throughout the C17th (Robert Corballis of Nuttstown was executed for siding with King James II in the Williamite War) and the Penal Laws era and played significant roles in both the Church and the legal professions.

Kilbride‘s church of the Sacred Heart & St Brigid (RC) was built in 1930 to replace an C18th edifice and serve the parish of Dunboyne & Kilbride.

Fairyhouse Racecourse in the parish of Ratoath, on a site first used for horse racing in 1848 when the Ward Union hunt chose the location for their annual point-to-point,  had become well-enough established as a popular racing venue by 1870 to host the first Irish Grand National steeplechase, held here on Easter Monday ever since.

The Grand National quickly became Ireland’s most valuable and prestigious steeplechase. Each success has its own rich tale, none more amazing than the win in 1929 of the six-year-old mare Alike, owned and ridden by 5’4” Frank Wise, who was missing three fingers and rode with a wooden leg.

Refurbished in 1999, the amenities are modestly described as “the most modern facilities in the country, providing an outstanding level of comfort and service.” Fairyhouse is also a premier venue for rock concerts and suchlike musical events. On most non-racing weekends there is a Sunday market selling local produce ranging from saddlery and tools to fresh vegetables, arts and crafts products .

The etymological origins of Ratoath’s name are obscure. Although nowadays officially known in Irish as Ráth Tó (“Tó’s fort”), the place has also been documented as Ráth-Tógh and Ráth-Tábhachta. Ratoath has also been identified with Mruigtuaithe (“the territory of the sept of the grazing plain”), mentioned in the Book of Armagh as one of the places where Saint Patrick founded a church.   Ráth is the Irish for a fortified mound, and Ratoath is noted for its large Norman Motte, probably erected c.1200.

In 1172 King Henry II had granted “the land of Meath in as full a measure as Murchadh Ó Maoilsheachlainn or anyone before or after him held it” to Hugh de Lacy as a Palatinate; his eldest son Walter later gave “the whole land of Rathtowth” to his younger brother Hugh, who was probably responsible for the construction of the Motte. Ratoath was soon the name of a village chartered for the holding of fairs and markets, where manorial courts were held until 1830, and of the surrounding Barony (perhaps the first use of the term for a division of an Irish county), eventually comprising ten parishes and portion of two others.

Ratoath Manor, long held by a branch of the Plunkett family, and used as a refuge in the mid-C17th by Dr Michael Plunkett, a cousin of Saint Oliver Plunkett and parish priest of Ratoath, who was on the run from Cromwellian soldiers, was still used for local court hearings in the early C19th. The house, rebuilt by James Corballis c.1820, was acquired by theAugustinian Sisters in 1951 and has been operated as a Nursing Home for elderly folk since then.

The remaining tower of the former Church of Ireland building (erected 1817) is surrounded by an atmospheric graveyard. (Photo – www.ratoathheritage.ie)

The church of the Most Holy Trinity (RC)  (started c.1836, with belfry added 1868) replaced a mid-C18th Mass house at a place called “the Stepping Stones” which had taken the place of the medieval church that stood in the old cemetery. The original building may have been erected by the second Hugh de Lacy, but the name suggests an earlier foundation, as the Normans usually dedicated their churches to the BVM or to one of their patron saints. An alternative account records that a local “chapel” was originally dedicated to St Thomas of Canterbury, and when King  Henry VIII had him degraded and forbidden to be honoured as a saint, the angry parishioners decided “If the King for other respects would also degrade or depose St. Peter and St. Paul, yet if any would maintain their state against him, none could more forcibly than the Blessed Trinity; The owld Justice Plunkett of Donsoghly was present at this consultation.”

Lewis (1837), writing of County Meath, remarked that “The English language is spoken throughout every part of the county, and the peasantry in some of the districts possess an originality nowhere else found in Ireland, particularly in the plains stretching from the boundary of Kildare near Maynooth, by Ratoath, Duleek, and to the banks of the Boyne, where a colony called the Fingael or Fingal settled in the 9th century, whose descendants to this day remain a distinct race, retaining many of the peculiar habits, manners, and customs of their forefathers.”

The Hill of Skryne is crowned by a ruined C15th church known as Skryne Tower, visible from a large area of Meath. (Photo by noelfa)

Skryne / Skreen / Skrine (Scrín Cholm Cille – “Colm Cille’s shrine”) (pop. 155) is a village on the Hill of Skryne, facing the slightly smaller Hill of Tara across the Gabhra Valley, aka the Tara / Skryne Valley, now desecrated by the M3.

Skryne was recorded in the Annals of the Four Masters as the location of a monastery where the shrine of  Saint Colmcille / Columba was brought from Iona in 875 AD, “carried into captivity by the Danes of Dublin” in 1125 and “restored to its house by the end of the month“. The shrine was an ornamental casket called a scrinium, from which the Gaelic toponym derived. The ruined hilltop church is all that remains of the monastery. A nearby Holy Well was the village’s principal water supply within living memory. The relics were

Skryne was chosen as the seat of the Barony granted c.1175 by the Palatine Lord of Meath, Hugh de Lacy, to the loyal knight Adam de Feipo, who erected a motte & bailey castle and a church dedicated to Saint Nicholas, and had his brother Thomas ordained Bishop of Clonard. The Barony passed some generations later to the Marward family.

The widow, the judge, the heiress & the rebel.

Thomas Marward, the last Baron of Skryne, died c.1568 without male issue. His widow, Janet (néePlunkett) married Nicholas Nugent (c. 1525–1582), Baron of the Irish Court of Exchequer and Chief Justice of the Irish Common Pleas. He was given wardship of her heiress daughter, also called Janet, who in 1573 was scandalously abducted by and forced to marry his nephew William Nugent (1550-1625) of Ross Castle on the shores of Lough Sheelin.

William was involved in several uprisings, for which he was imprisoned and lucky not to be hanged. In 1580 he created considerable disturbance with the Ó Conchúir and Kavanagh septs on the borders of the Pale. The Crown responded with rapid repression, and the dashing young rebel, attainted and deprived of his property, was forced to spend the winter without shelter. His friends were afraid to communicate with him. Janet, “out of the dutiful love of a wife to husband in that extremity,” managed to send him some shirts. She was found out and punished with a year’s imprisonment.

In January 1582, William escaped to Scotland, and from there made his way to the Continent to engage in various plots and schemes against the Queen. His uncle Nicholas, who had already been removed from his office as Chief Justice, was convicted of inciting him to rebellion and hanged – the only member of the Irish judiciary ever executed for treason.

In summer 1584 William made his way back to Ulster, disguised as a friar. The Lord Deputy, Sir John Perrot, aware that he was being harboured by northern chieftains, but that he had not otherwise met with much support, decided to offer him a pardon. Nugent formally submitted in December. Meanwhile his wife had, on the intercession of the Earl of Ormonde, been restored to her ancestral property, and the couple quietly recovered their old positions.

Apart from a highly publicised but ultimately unsuccessful attempt to have Sir Robert Dillon charged with maladministration of justice, the rest of William’s life was uneventful. His attainder was never formally reversed, although King James I consented to his restoration and he repeatedly begged the authorities to facilitate his inherited right to Ross Castle. He and Janet had three sons, the youngest being James Nugent, later Marshal of the army of the Kilkenny Confederates and Governor of Finagh, whose rebellion led to the forfeiture of the family estate during the Wars of the Three Kingdoms.

Skryne Castle, a mainly late C18th country house with decorative battlements, incorporating the remains of a late medieval Tower House and located close to the motte & bailey structure originally erected by Adam de Feipo, was long home to Elizabeth Hickey (1917–1999) the Anglo-Irish author, journalist and local historian whose  claim in The Green Cockatrice (1978) that William Nugent was the real author of Shakespeare’s works still attracts supporters and  whose collected Meath Archaeological & Historical Society papers on Skryne and the Early Normans (1994) reflects her love of the area.

Aka “Yankee Connell’s” / “Mrs O’s”, this pub and the neighbouring stables gained national fame in a well-known TV advertisement for Guinness, broadcast year after year on RTE, celebrating the joys of a white Christmas.

Originally a bar and grocery store, its formerly tin-stacked shelves overlook a stone floor furnished with a few bar stools, a battered pool table and some old wooden benches beside the open fireplace. It was described by Turtle Bunbury in his excellent book The Irish Pub as ‘essentially a cinnamon-hued step back in time to a 1950s bar’, and is much loved locally, with talented fiddlers and bodhrán players regularly entertaining far into the night.

Sadly, the 95-year-old proprietress passed away in August 2012.

Skryne is nowadays best-known for its GAA football prowess.