Ballyconneely / Baile Conaola (“Conneelys’ settlement”) (pop. 800) is a typically scattered rural community rather notionally centred around a townland on the isthmus between Ballyconneely Bay and Mannin Bay.

Many of the older cottages in the area are still thatched and whitewashed annually.

Part of the former Civil parish of Ballindoon, the district was historically called Baile ‘ic Chongaile(“MacConneely’s town”). According to Lewis (1837), the population of the district before the Great Famine was almost 5000.

Keogh’s pub, a well-known local bar / eatery with a pleasant beer garden, is part of a ribbon development of commercial premises that constitute the nearest thing to a modern social hub.

The district is noted for its numerous beaches, and caters for tourism with guesthouses / B&Bs,  a modern hotel and holiday homes, some available for rent.

Ballyconneely is adjacent to vast expanse of moors, bogs, streams and lakes, teeming with undisturbed wildlife and home to a number of rare plants. Famed for its serene tranquillity, this mixed habitat is now partially covered by a SAC (Special Area of  Conservation).

The Ballyconneely Pony Show, held on the 3rd Sunday of July each year,  attracts people from the surrounding county to exhibit livestock and enjoy the travelling funfair.

Iorras Mór / Errismore / Slyne Head peninsula, jutting into the Atlantic Ocean west of Ballyconneely, is an undulating, low-lying mosaic of small fields and bogland ranging from swamps and marshes to machair fens and heaths. Errismore is fringed with rocky shores and attractive beaches, some lined with sand dunes. (Photo – www.tripadvisor.ie)

In addition to their bathing and surfing possibilities, many of these beaches have edible shellfish and molluscs accessible at low tide, including clams, cockles, mussels, razorfish, sea urchins, shrimp and scallops, plus the occasional lobster.

A number of ancient middens of burnt shells, charcoal and stones,  including some stone blades, have been found along the shoreline, with recent research indicating early coastal settlement stretching back 5,000 years. Pottery fragments indicate the presence of Beaker Folk,  migrants from the European mainland thought to have arrived here after 2500 BC. Some sites also had deposits of dog whelk shells, perhaps used to produce the Tyrian purple dye so highly valued in imperial Rome and Byzantium.

The peninsula supports several interesting / rare species of plant, notably orchids and liverwort, and is a breeding ground for choughs and terns.

The Hill of Doon / Doon Hill / Doonhill (64m), the basalt plug of a prehistoric volcano, is crowned by remnants of the ancient fort / cashel that gave  the old Civil parish of Ballindoon its name. Landlord Richard Geoghegan celebrated the 1780 winning of freedom of trade by Grattan’s Parliament by building a folly (mentioned by Thackeray), abutted by a derelict coast-watching post dating fromWWII, known in Ireland as “the Emergency”.

Errismore was long the preserve of the western branch of  the “Ferocious” O’Flaherty clan, whose early C16th Bunowen Castle at the mouth of the Brandy River was their principal seat. Donall O’Flaherty, nicknamed Donall A Choghaid, tanaiste / chieftain-in-waiting of the sept, married the celebrated Grace O’Malley / Granuaile, and they lived at Bunowen from c.1540, raising two sons – Eoin and Murrough – and a daughter – Margaret. After her husband was killed in a hunting accident in the 1550s, Granuaile was denied the traditional entitlements of a chieftain’s widow, and left Bunowen with her followers to rule the nearby Clew Bay area in her own right.

The O’Flaherty castle was confiscated during the Cromwellian era and later occupied by the Geoghegan family. In 1838 their descendant John Augustus O’Neill began construction of a new residence at the foot of the Hill of Doon from the stones of the O’Flaherty castle, but partly due to the Great Famine he was unable to complete it, dying penniless in London. The structure was bought in 1852 by the Blakes of Towerhill, who used it as a summer residence. It is now a ruin, visible from afar.

Errismore was one of the areas chosen by the Irish Church Mission to the Roman Catholics in 1852 for a major evangelical prosletying campaign, which continued until 1919 with limited long-term success.

Bunowen Pier is a scenic spot with great views of the 12 Bens.

The Connemara Smokehouse is where Graham and Nicholas Roberts do wonderful things with fish, from traditionally smoked salmon and superb gravadlax to delicious honey roast tuna. Tours are available.

Teach an Easaird Farm & Country House is an award-winning B&B / Guesthouse run by the Joyce family for over 40 years.

Aillebrack is the location of a Holy Well called Thubber-na-shought-ninneen (“the Well of the Seven Daughters”), said to have been named for the pious progeny of an ancient king of Leinster or a chief of Omey Island, aka the Seven Sisters of Renvyle.

The Errismore Horse & Pony Races, held on Aillebrack strand every August Bank Holiday weekend, have been a popular annual event for over a century.

A 27-hole golf course at Aillebrack has seriously damaged the local dunes and machair.

The craggy islands and rocks just west of Errismore have long been a serious threat to boats. They include Inishdugga, Inishkeeragh, Horse Island; Chapel Island and Keeraunmore, the location of St Caílin’s Well, have been pilgrimage destinations since at least 800 AD .

Slyne Head, actually the outermost island of the archipelago, is the site of two lighthouses,  erected in 1836 and 1863, the taller of which is still operating. (Photo – www.commissionersofirishlights.com)

Mannin Bay, a shallow bay sheltered from Atlantic swells by islands and rocks at its mouth, is unusual for Ireland in that much of its sediment is composed of maerl debris and living maerl, often referred to as coral.

Derrygimla / Derrygimlagh is the location of the Coral Strand, widely considered one of Connemara’s most beautiful beaches.

Derrygimla Bog, ordinarily a natural wilderness of blanket bog, became the most modern bog / moor in the world for a time at the start of the C20th.

Guglielmo Marconi chose the bog in 1905 as the site for his  first non-experimental transatlantic Wireless Telegraph Station to minimize the distance to its sister station in Glace Bay at Cape Breton in Nova Scotia. The first point-to-point fixed wireless service connecting Europe with North America opened for public service with the transmission of 10,000 words on 17 October 1907.

The Clifden wireless station, complete with its own railway, came to employ over 400 people, the most famous being Jack Phillips, who later died as the heroic chief Radio Operator on the Titanic. Having suffered serious damage in the Civil War, the station closed on 25 July 1922 (operations were transferred to a more modern facility near Waunfawr, Wales). All that remains are some broken foundations.

British aviators Capt. John Alcock and Lieut. Arthur Whitten Brown set out in their twin-engined Vickers Vimy IV bi-plane from St Johns Harbour in the then Dominion of Newfoundland on 14th June 1919 to make the first non-stop transatlantic flight in history. Their epic voyage, bedevilled by engine trouble, snow, ice, fog and poor visibility, sometimes flying upside down, ended after sixteen hours and twenty seven minutes when, spotting the aerials of the Marconi station, they attempted to land, only for the aircraft to nose-dive spectacularly into the unsuitable terrain. 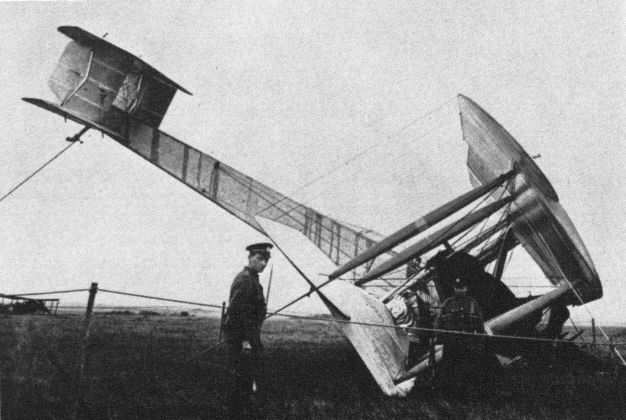 Their plane was quite badly damaged. (My grandmother recalled travelling out by motorcar from Galway City with her sister to view the marvellous machine; three years earlier she had seen a German Zeppelin crash in London). The landing spot is marked by a somewhat eccentric monument (another, in the form of an airplane’s tail fin, was erected in 1959 on Errislannan Hill near Ballinaboy).

On the 3rd July 2005, American adventurers  Steve Fossett and Mark Reboltz flew a replica aircraft from Newfoundland to Clifden along the same flight path, landing on a nearby golf course. A massive crowd were gathered to greet the pilots, who took over 17 hours to complete the historic journey.

Ballinaboy / Béal áith na Bhaide (“mouth of the ford of mundations “) is a long-established rural community based around a townland that shares its name with a river and a lake.

Errislannan Manor, ancestral home of Allanah Heather, author of the critically acclaimed Errislannan: Scenes from a Painter’s Life (1993), is now run by the Brooks family as a highly regarded Connemara pony stud farm and riding school with facilities for trekking and residential holidays for kids. The grounds feature a lake, charming Gardens and a bluebell woods, particularly attractive in spring.

Part of the Errislannan estate was acquired in the 1830s by the Rev. Dr Richard Wall, whose land enclosure cut off the local people’s access to the ancient St Flannan’s church and Holy Well.

The church of the Trinity (CoI), designed in 1852 by Francis J Farrell, is an attractive rural landmark. The grounds are well kept and peaceful, with no trace of the events of 1921, when the remains of the much hated Dr Wall were dug up and scattered round the churchyard.

A complex system of weirs and dams used locally to catch fish may date back to the Mesolithic era.

Ballinaboy House was constructed c. 1843 by the Morris family, who were bankrupted during the Great Famine but managed to reacquire the property c.1875.

Ballinaboy was where the English evangelist Rev. Alexander Dallas (1791 – 1769), a leading light of the Anglican Irish Church Mission to the Roman Catholics, who believed the Great Famine was a divine judgment on the Irish peasantry for their superstitious faith, established a Protestant  mission school which survived from 1848 to 1919.

St Flannan’s church (RC) continues the peninsular tradition of devotion to the first bishop of Killaloe.

Ballinaboy Bridge is the northern terminus of the Bog Road, crossing the superb scenery of the Roundstone Bog conservation area to near Toombeala Bridge.