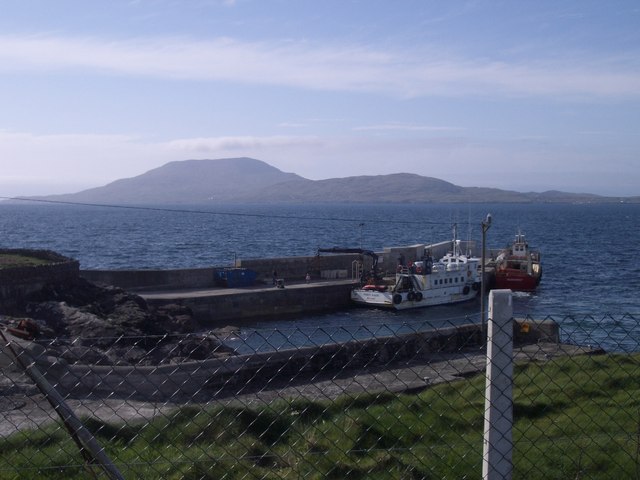 The Carrownisky River flows into Roonagh Lough, which is tidal.
There are runs of salmon and sea trout into the Carrowniskey from June onwards, and Roonagh Lough offers fishing for both, either by fly or by dapping. Part of the river is the private property of the Harman family.

Carrowniskey Strand hs in recent years been the venue for summer horse racing, a  local tradition formerly associated with other beaches in the area.

The Mweelrea Holidays Horse Riding & Walking Centre at Feenone has  charming vacation cottage next to its stables.

The area is dotted with Standing Stones, notably at Killeen, Dadreen, Cross and Doughmakeon.

Killeen (Cillín – “little church”) and  Killadoon (Cill an dúin – “church of the fort”) are thought to derive their names from a church that once stood on the site of the local graveyard, where a circular raised platform is believed to indicate the exact spot. Tradition has it that if a person convicted of any crime placed a finger in the keyhole of the church door, he/she would be let go free. In the graveyard, a large Standing Stone, leaning precariously, was christianised in the C7th AD with a Maltese Cross, and the grave of Rev David Lyons is mrked by an early Christian slab, inscribed with a design known as the Cross of the Thieves.

The church of the Holy Family (RC), erected in 1897 by Fr William Joyce with funds raised from the USA and other countries where local emigrants had settled, contains an impressive old high altar made of white Carrara marble.

Bunlahinch Clapper Footbridge, aka “the Colony Bridge”, built in 1862, is a low, curving construction, 130ft long, consisting of 37 arches erected in the primitive clapper style, i.e. formed of 38 boulders spanned by slabs of stone, and takes walkers across a wide but shallow inlet. Clapper is an Anglo- Saxon word for this type of structure, long used by the Romans.

‘The Colony’,  a Church of Ireland  evangelisation project, was formerly known dismissively as the ‘Colony of Jumpers’ because it came into being as a result of what some Roman Catholics denounced as souperism.

During the Great Famine, the local Church of Ireland minister, Rev Callinan, provided soup to his flock, and so many Roman Catholics converted to the Anglican faith just to survive.

The congregation expanded, and in 1853 Lord Sligo granted an acre of land seven miles west of Louisburgh to build a new church. The church was dedicated in Irish and was attended by 300 people. However, as the location was in an extremely remote area and there were no roads as such, numbers began to fall and the congregation dwindled.

The Society for the Protection of Rights of Conscience took control of the church and established their Colony ar0und it. The Secretary, Mr Hogan, leased a further 193 acres and proceed to build up to  dozen two bedroomed houses for the converts together with a school for their children.

In 1863 a new Secretary, John Alexander, built the ‘Clapper Bridge’ across the inlet separating the two rows of houses. Suspicious locals, no doubt influenced by their clergy’s hostility to the Colony, did nothing to assist its inhabitants with their farming endeavours. The society disappeared from the district after some 20 years, although their teacher Miss McGreal remained for several more in the school living quarters.

Richard King purchased the land in 1878 for a figure of £650. All that remains of the colony is the shell of the school and skeletons of 3 houses. The church was demolished in 1927 and only the entrance gates still stand.

The Ocean Lodge Hotel is very highly rated by reviewers.

Killadoon National School, founded in 1854, is adjacent to the largest of  four Standing Stones and two Ringforts in the vicinity.

Keane’s Hall, one of several popular rural Dance Halls in the area in the mid-C20th, attracting crowds on a Sunday night as its live music echoed for miles and revellers danced till dawn, is now a farm shed used to shelter animals.

The beaches at Tallabawn (Silver Strand) and Dooaghtry have been rated amongst the best in Europe.

Teampall Duch More is  large earthen mound in the middle of the strand at Tallabawn, 20 feet high and 30 feet across, thought to be the site of  primitive church. The graves are being constantly eroded. The last burial here was during WWI.

Parts of the southwestern coastline of Murrisk are utterly inaccessible by road.