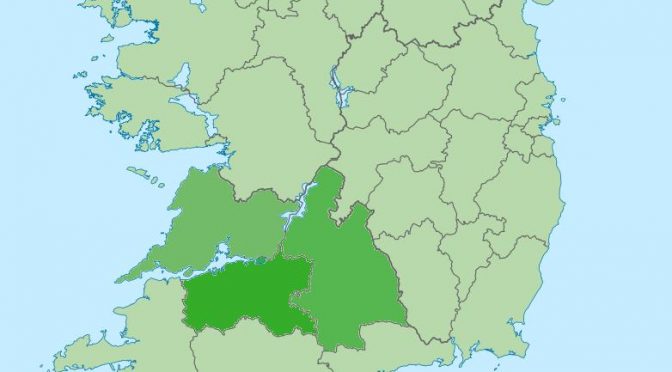 Although widely considered the most boring part of Ireland, “the flat middle” one has to cross in order to reach the interesting bits (rather as the Australian Prime Minister Paul Keating once remarked that “Asia was what one flew over on the way to or from London”!),  this extensive region actually well repays a bit of exploration.

The “Midwest” is a term that is used in different ways according to the speaker. Some apply it to all of County Limerick, County Clare and even County Galway. Others include parts of County Tipperary and even County Offaly, which might make some sense in terms of river-based commerce.  Here it only refers to the Shannon Industrial Zone, hideous but apparently necessary for Ireland’s economic wellbeing, such as it is;  it roughly overlaps with the area covered by the Special Pages on Limerick City & Environs, which also take in several parts of Co. Limerick and southeastern Co. Clare.