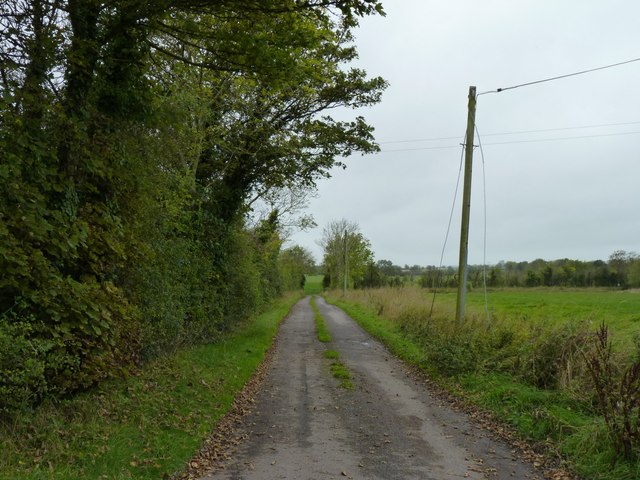 Fordstown is named after the Hiberno-Norman Ford family. One part of the townland is aka Ballaghboy.

Bray’s Bar, originally a water stopover for horse drawn carriages travelling between Kells andAthboy, got its first liquor licence in the 1850s, making it one of the longest established licensed premises in County Meath. (1998 Video)

Matt, Owen and Tom Moore, born in Fordstown in the late 1880s, all became famous silent movie stars and are commemorated on the Hollywood Walk of Fame.

Fordstown Street Fair is an old world fair, held in October each year since 2004.

Girley (Greallach – “muddy marsh plain”, referring to the local raised bog, one of the last of its kind remaining in Ireland and Europe) is a small but vibrant rural community.

Saint Raed gave his name to a local Holy Well and is believed to have built an adjacent church, of which nothing remains today; he and his crozier are mentioned in the Book of Kells as sureties in one of the charters recorded there.

Girley is the location of a Norman Motte, close to which a medieval gold seal ring was found in 1865. Believed to have been used as a wax seal for official documents carried between monasteries, the elaborately decorated ‘Girley Ring’ has been kept since the late 1890s in theNMI.

The 1798 Rebellion saw stray Wexford insurgents seek shelter in Girley after their disastrous campaign through Meath and Ballboughal. An informer reported them to the Kells Militia, who killed more than 20 in what became known as the ‘Ambush of Girley Grove’. Their bodies are believed to be buried locally in still undiscovered Croppy graves. On 22nd November 1998  the former  doorstep of Athboy Gaol was laid as a memorial stone in their memory.

Grove Garden and Open Farm,in the grounds of the farmhouse occupied by the Dillonfamily since 1716, comprises a number of attractions for children and adults. The gardens, created by Pat Dillon, are famous for their varieties of roses and clematis.

St Margaret’s church, a C19th Anglican place of worship, was dismantled in 1944 and re-erected in the grounds of a convent in Kells as the “Orphanage Chapel”.

The church of Our Lady of the Immaculate Conception (RC) was built in the 1970s to replace St Colmcille’s church (1813).

Girley Community Centre is housed in the former National School, built by local landlordRichard Rothwell in 1846 and in continuous use until 1968.

Girley Harvest Festival, held on the fourth Sunday in August since 20o0, is a full working festival which has increased in popularity each year.  a World Record was recorded on 27th August 2006 with 63 pre-1970 combine harvesters operating simultaneously.

Purchased in 1952 by a Protestant evangelical organisation. it was initially turned into an orphanage, then a secondary school. The 65-acre property is now run as a Christian retreat / adventure centre for Bible Camps etc.

Kilskeer graveyard contains the overgrown ruin of a medieval church, built on the site of a monastic community founded by Saint Colmcille (521-597 AD) but named after the virgin princess Saint Schiria / Scire (fl. 580 AD); although intended for both men and women, only male abbots are recorded from the C8th onwards. According to the Annals the church was plundered by Gothfrith and the Vikings from Dublin in 951 AD and by Diarmaid MacMurchada / Dermot McMurrough in 1170. While no visible remains of the monastery survive, a recent geophysical survey revealed traces of large circular enclosures. There are several interesting graves, notably that of Hugh O’Reilly (d. 1686). (Photos here)

St Alphonsus’ church (RC), designed by JJ McCarthy in 1847, is an impressive pile.

Jim Connell (1852-1929), composer of the international Labour movement anthem The Red Flag, was born locally and is commemorated by a monument unveiled in 1998 in Crossakiel, where an annual April weekend festival of lectures and music has been held  in his honour in recent years.

Crossakiel Hill was reputedly used as an overnight camp site by Oliver Cromwell and his troops after the bloody 1649 siege of Drogheda, and later became known as a venue for regular livestock fairs at which “faction fights were the order of the day“.

Clonabreany / Clonebraney House was constructed on the former  Plunkett estate of Russagh,  reportedly confiscated personally by Oliver Cromwell and granted to a young soldier (allegedly a drummer boy) called Wade, whose descendants played a prominent role in County Meath life until the end of WWI.  The current owners won a prestigious prize in 2009 for their restoration of the courtyard, outhouses etc., now used as a venue for weddings, corporate shindigs etc. 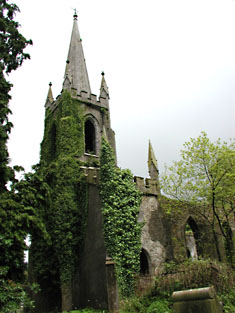 St Schiria’s / Shiria’s church (CoI), built c. 1820 to  serve the old Anglican / Civil parish of Kilskeer, was closed as a place of worship in 1962. (Photo –www.buildingsofireland.ie)

The former Erasmus Smith School on the Aspark Road was used for Republican trials in the early 1920s.

Slieve Gullion (194m) should not be confused with the mountain of the same name in County Armagh.