Killua Castle stands on the site of an earlier fortification built by the Knights Hospitaller of St. John of Jerusalem. The estate was granted in 1667 to a Cromwellian army officer, Capt. Benjamin Chapman,  whose forebears had acquired land in Cork through the influence of their cousin Sir Walter Raleigh. (Photo – Irish Georgian Society)

The new castle was built in 1780 for Sir Benjamin Chapman, 1st Bart (d. 1810). Originally designed in a Classical style by Thomas Cooley, it was overhauled c.1821 by James Shiel in the more fashionably picturesque Gothic manner, and underwent various subsequent additions and alterations. The edifice was gutted by fire c.1950 and remained as a dramatic ruin until recently restored as a private residence.

The castle is said to be haunted by Sir Benjamin’s land steward, Jacky Dalton, described as a small cunning man with weasel eyes, who would sit at the foot of the dinner table and play the bagpipes for guests. Having relieved his master of a considerable amount of money, all of which he squandered on drink, he is reputed to have committed suicide by jumping in the lake.

Sir Thomas Chapman (1848-1919), the 7th and last Baronet, married a member of the Rochford family and moved to the nearby South Hill estate. His wife became a religious fanatic, and he fell in love with his daughters’ governess Sarah Junner. He changed his name to Thomas Robert Lawrence and they went to live in Dublin, Wales, Scotland and Brittany. She bore nine “illegitimate” children, of whom six survived; one was Thomas Edward Lawrence (1888 – 1935), an intriguing and enigmatic figure who coördinated Arab resistance to the Ottomans in WWI, for which he became famous as Lawrence of Arabia. His brother Arnold / AW Lawrence (1900 – 1991) was a noted archaeologist and art historian.

At its height the  estate extended to some 9,000 acres. The surviving demesne, with its heavily wooded parkland landscape, beautiful lake and numerous follies, has been called one of the most romantic in Ireland.

St Lucy’s Well is a small monument erected c.1800 by Sir Benjamin. According to local tradition, the original Holy Well was covered up when the estate’s walled gardens were being laid out, and this well subsequently sprang up in its present location. The original well, which this may be, was associated with an early medieval church site dedicated to Saint Lua located to the south, also rebuilt by Sir Benjamin as a romantic ruin.

An obelisk erected in 1810 by Sir Thomas Chapman (1756 – 1837) commemorates the planting of the first potato in Ireland in 1589 by “Sir Walter G Raleigh“; it is thought the G may have been added by a vandal. There is no serious suggestion that Raleigh, who owned vast estates around Youghal, ever came near Killua.

Clonmellon cemetery, situated close to the rear entrance of the estate, is an atmospheric burial ground featuring ornate tombs and memorials, many of them for members of the Chapman family.

Clonmellon (Ráistín) (pop. 1000) is a rural village with a long main street featuring no less than 5 pubs.

Clonmellon’s Market Yard was erected in 1836.

Ballinlough Castle is the ancestral home of the Nugent Baronets of Ballinlough, regarded as very unusual as a Roman Catholic family of Gaelic origin who still live in their original stronghold. It is currently home to Sir Nicholas Nugent, 8th Bart, and his wife.

The castle was erected in 1614 by the O’Reilly family. Hugh O’Reilly was created Baronet of Ballinlough in 1795, and in 1812, on the death of his maternal uncle John Nugent,  assumed by Royal licence the surname of Nugent. He died c.1825. (His brother rose to prominence in the Imperial Austrian Army, attaining the rank of General der Kavallerie and the title Count Andrew O’Reilly von Ballinlough  He fought in the Seven Years’ War, War of the Bavarian Succession, the Austro-Turkish War, the French Revolutionary Wars, and the Napoleonic Wars before retiring from the army in 1810; he died at the age of 89 in 1832).

The newer wing at Ballinlough was added by Sir Hugh O Reilly in about 1790 and is probably attributable to the amateur architect Thomas Wogan Browne, also responsible for Malahide Castle, the home of Sir Hugh O Reilly’s sister Margaret (who married Richard Talbot and was, as a widow, created Baroness Talbot of Malahide in 1831). The ground floor contains a large drawing room and a dining room featuring a chimney piece  identical to one designed by Wyatt for the Marquess of Waterford’s Curraghmore House. The four first-floor bedrooms are approached by a vaulted corridor. The spacious interiors have what may be the tallest windows in a private house of this period, overlooking the woods and lake.

The castle is available for hire as holiday accommodation or for corporate events, weddings etc. The gardens are no longer open to the public. There is a golf course on the estate. 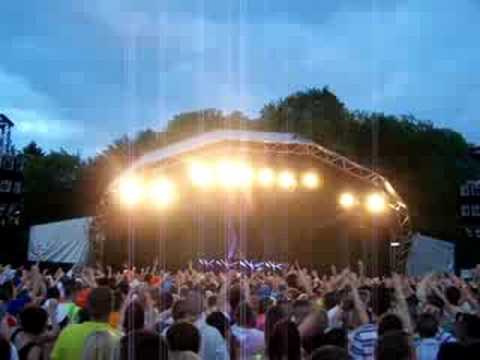 The grounds are the venue for the Body & Soul Music Festival in June, and have hosted other concerts. Artists to have performed here since 2006 include Kenny Rogers, Van Morrison, the Pet Shop Boys, Tiesto, Alexandra Burke and Dwight Yoakam. The 4th annual Life Festival was also held in the grounds of Ballinlough Castle in May 2009. In 2010 the Castle hosted Ireland’s first gay music festival, MILK.

Rosmead House, built in the early C18th by the Wood family, passed by marriage to Admiral Hercules Robinson, whose colonial administrator namesake son was created Baron Rosmead in 1896. The estate was acquired by George Mostyn, 6th Baron Vaux of Harrowden, and then by the Vicomte de la Bédoyere, descendant of a Napoleonic general executed after the Batle of Waterloo at the age of 29. The mansion has lain derelict since having its roof removed in 1940. (Photo here) The triumphant arch entrance gateway, designed by Samuel Wolley and locally called Smiling Bess, were originally erected c.1795 at Glananea House in Drumcree and moved to their present location in the early C19th.

Delvin Castle, aka Nugent Castle, is believed to have been built in 1181 by Hugh de Lacy, Lord of Meath for his brother-in-law, Gilbert de Nugent, Baron of Delvin. The ruins stand near the centre of the town. (Photo by AP Lawlor)

St Mary’s church, first erected c.1550, rebuilt c.1810 as an Anglican place of worship incorporating the imposingly fortified medieval belfry tower, and with a transept added c.1860 by Joseph Welland, is now a roofless but nonetheless impressive ruin, set back from the road with a graveyard in its grounds. It has many interesting architectural details, including the stone staircase to the tower.

The church of the Assumption (RC), designed in an Early French Gothic style by GC Ashlin, is a large, handsome building with an unusual steeple, erected in 1881 to replace a smaller church (1832) that was renovated in 1918 and now a social amenity known as  St Patrick’s Hall.

Brinsley MacNamara (1890 – 1963), a Delvin native, used the town under the fictitious name of “Garradrimna” as the setting for his brilliant novel Valley of the Squinting Windows (1918), describing the hypocrisy and gossip of rural communities, which caused a major scandal upon publication. Hostility against the book led to its burning. MacNamara’s schoolmaster father, James, was boycotted, and eventually had to emigrate; the author himself never returned to the area.

Delvin Sales Yard has been the venue in recent years for the ambitious Delvin Garradrimna Book Fair, held on the first weekend of May.

Clonyn Castle, situated on dominant ground south of Delvin, was erected in 1639 by  Richard Nugent, 1st Earl of Westmeath, who in 1649 set fire to it rather than offer Oliver Cromwell hospitality; fearing for his life, fled to Galway for several years before returning to reclaim his property.   The edifice was restored in 1680 by his son and used by the family until the mid-C19th.

The present edifice was erected by George Nugent (1785 – 1871), 1st Marquess of Westmeath, who had no surviving male issue. In 1866 his daughter, Lady Rosa Emily Mary Anne, married the Liberal MP for Longford, Fulke Southwell Greville (1821 – 1883), who assumed  the additional surname of Nugent by Royal licence and was created Baron Greville of Clonyn in the County of Westmeath in 1869.

His son Algernon, also a Liberal politician, served as Private Secretary to Prime Minister William Ewart Gladstone from 1872 to 1873 and as a Lord of the Treasury from 1873 to 1874. In 1883 Lord Greville resumed the surname of Greville only. On his death in 1909 the title passed to his only son, Charles Beresford Fulke Greville, 3rd Baron Greville (1871–1952), who had served Military Secretary to the Governor-General of Australia from 1904 to 1908. He sold the castle in 1922.

The castle was bought by a group of Australian  nuns, who unsuccessfully tried to establish a school, and then became a junior noviciate for another order. After WWII it was bought by a Mancunian millionaire named Jacob Levi as a centre for  refugee Jewish children. A German businessman carried out major renovations before the property  was acquired by the Dillon family, who live there still. There is a golf club and a small farm in the grounds.

St Mary’s Hospital is the current incarnation of South Hall, built in 1810 as the home of the Tighe family but later acquired by Sir Thomas Chapman, who spent several unhappy years of marriage here before eloping with his daughters’ governess and fathering the future Lawrence of Arabia. The house, probably designed by William Farrell, contains interesting interior plasterwork by the Danish artist Thorvaldsen (1768-1844). Over the years it has also been used as a religious institution, and now has several modern extensions.

Gigginstown House & Stud is the marital home of Ryanair‘s controversial CEO Michael O’Leary, born in 1961 in nearby Mullingar and educated at Clongowes Wood College. He has had notable successes in his hobbies of breeding Aberdeen Angus cattle and pure-blood racehorses (in 2006 his War Of Attrition won the Cheltenham Gold Cup, the holy grail of steeplechasing). He also owns a house on Dublin’s fashionable Raglan Road, and is reputedly driven to his office in a taxi-licensed Mercedes Benz to take advantage of the city’s bus lanes. All that is visible of the Delvin property from the road is a splendid gatehouse at the mouth of a long driveway curving through woodlands.

The church of St Livinus (RC) in Killulagh, designed by GC Ashlin, was completed in 1894. Dedicated to a local saint thought to have been a contemporary of Saint Patrick, it is an impressive edifice in a beautiful rural setting.

The Dysart Lakes on the upper stretches of the River Boyne are located southwest of Delvin and cover an area of approximately 12 hectares. Lough Analla is the largest of these lakes and a number of fishing stands have been provided to facilitate angling on these waters. These lakes hold large stocks of roach, rudd, tench, perch and are also noted for producing large pike.