Horses in a field in Moore. (Photo by C O’N)

Moore, a district bordered by the Rivers Shannon and Suck, takes in some 43 small communities, with a total population of approximately 1,400.

Moore was once part of the kingdom of Hy Maine, seat of the O’Kellys, and later of the barony of Moycarn.

Lewis (1837) reported that the old Civil parish of Moore had 4376 inhabitants, and observed that “Disturbances have occasionally occurred of late years at this place, which has been the scene of many outrages“, presumably referring to Whiteboy activities. The population loss since 1837 is due to the Great Famine and mass emigration.

Ballydangan, which Lewis identified as the location of a constabulary station and petty sessions court, is nowadays most notable for the Moore Community Centre, the venue for shows by the Moore Variety Group.

The world record for the most tractors and mowing bars working in the same field was set by Ballinasloe & district Vintage Club  with 84 tractors in a field in Ballydangan on 19/08/2012. Video.

Ballydangan is not far from Athlone & Environs. 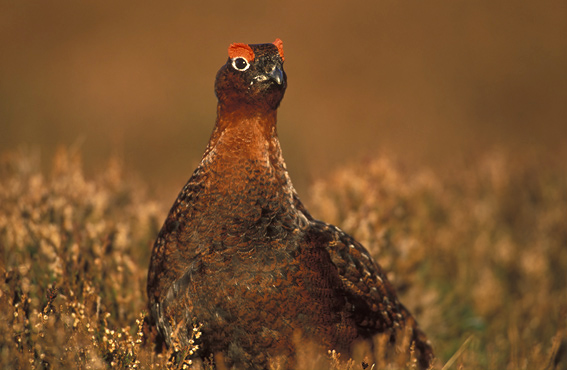 Ballydangan Bog is a recognised habitat of the rare red grouse.

Mount Equity, a small hill in the townland of Drumalagagh / Dromalga, shared its name with the Mount Equity Estate, one of several properties owned by the descendants of three Cambridgeshire-born siblings: according to his Athlone church memorial plaque Captain Richard St George (1590-1667) was “for several years Governor of Athlone“, a brother of  Sir Henry St George Knt Garter Principall of Arms and  Sir George St George of Carrick Drumroosk in the County of Leitrim Knt”.

The St George family owned lands in Roscommon, Leitrim, Offaly, Tipperary and Waterford. A number of family members served as High Sheriffs of Leitrim in the C18th. Sir Richard St George of Tully is recorded as a member of the Grand Panel of County Roscommon in 1828.

Lands in the Roscommon barony of Moycarn belonging to Richard Bligh St George and Thomas Baldwin St George was offered for sale in the Encumbered Estates Court in the 1850s. However, it appears not to have all been sold as Kate St George was a principal lessor in the parish of Moore, barony of Moycarn, at the time of Griffith’s Valuation in 1868. Her property was sublet from the Bishop of Meath. In the 1870s she is recorded as owning over 1700 acres in county Roscommon and was resident at Cheltenham, England. 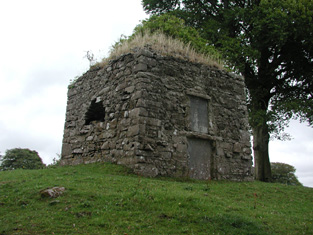 The St George / Equity House Mausoleum,  a structure erected on Mount Equity in 1763, is dedicated  to the memory of Henry St. George,  probably the Henry St George of Athlone who purchased lands in the baronies of Athlone and Moycarn, County Roscommon  in 1703 from the Trustees for the sale of forfeited estates.

Archibald St George held the townland of Cam (1,009 acres), barony of Athlone, county Roscommon, from the Ecclesiastical Commissioners in the first half of the C19th. He was a member of the St George family of Woodsgift, County Kilkenny. A. St George, Camma, Athlone, owned 1,008 acres in county Roscommon in the 1870s.

Mount Equity, a fine country house in the townland of Drumalagagh / Dromalga, was presumably one of  the buildings labelled “Mount Equity” on the 1st edition Ordnance Survey Map of 1842 but not on subsequent editions.

Dromolga Cottage, recorded by Lewis (1837) as owned by Sir R St George but the seat of Mr Dexter, is described in the Ordnance Survey Name books of the same year as “a gentleman’s place in good repair“, but Dromalgagh Cottage, “formerly the residence of the late Mrs. Dexter“, was described as “unoccupied” in the Encumbered Estates sale notice of 1852. In 2009, this attractive country house was offered for sale.

Old Town (an Seanbhaile) is a small village nin the townland of Clonfad / Cloonfad (not to be confused with the village of the same name south of Ballyhaunis).

Cloonfad Cillín, an unconsecrated burial place for children who were unbaptised at time of death, also used for shipwrecked sailors, murderers and those who committed suicide,  is little more than a cluster of trees in the middle of a field on private lands, which just be made out from the side of the road.

A Cillín means a little church or . There are thousands located around Ireland and many of them are over 1,000 years old.

Kilbegly / Kilbegley was on a very ancient route into Connacht from the Snámh dá Éain crossing place on the River Shannon.

Kilbegly graveyard, still in use, contains the ruins of a medieval church, while the big, circular earth and stone bank that surrounds it probably dates from the C6th or C7th AD.

Kilbegly is also the location of a well-preserved mill site, believed to be over 1000 years old. The timbers of a mill undercroft, mill pond and sluices were found preserved in a peat bog overlooked by old Kilbegly churchyard. Documentary sources suggest that a church at Kilbegly was founded on lands granted to the great monastery of Clonmacnoise, on the far side of the Shannon in County Offaly, by the local pre-Norman kingdom of Hy Many, so this would have been a monastic mill.

Johnstown House, built c. 1782 by Colonel John Dillon and held on a lease in perpetuity from the Incorporated Society for Promoting English Protestant Schools in Ireland, was occupied by his descendants until the late 1920s. Demolished by the Land Commission, only the entrance gates still remain.

Kilbegly House was described by Lewis (1837) as the residence of B. Newcomen and is recorded in the Ordnance Survey Name books of the same yrar the same yearas “a gentleman’s place, two stories high, in good repair”. Only ruins remain.