Cadamstown (Baile Mhic Ádaim) (pop. 60), historically aka Ballymacadam, is a pretty hamlet straddling the gorge of the Silver River as it rushes north from the glens of the Slieve Bloom Mountains.

The derivation of the toponym is disputed. Some claim the village commemorates a northern chieftain called Mac Ádaim, while others suggest that it got its name in the 1640s from its first major landlord, Adam, Viscount Loftus of Ely.

Leitir Lugna -“Wet Hillside of Lughna”, was the name of this district in ancient times, and is still used for the site of an early Christian monastic settlement near the village. This was founded by Saint Lughna / Luna, said to have been Saint Patrick’s nephew (local tradition has it that Saint Patrick himself passed through the area on his way to Clareen).

According to old historians, Leitir Lughna monastery was surrounded by an earthen embankment faced with stone. The church was derelict in 1601, when Hugh O Neill reportedly encamped his men locally on his way to the Battle of Kinsale and donated money to rebuild it (there is no evidence that this was done). The abbey was destroyed in 1650 by Cromwellian troops under General John Reynolds.

The land was granted in 1657 to John Manifold, whose family demolished the abbey ruins to build Leitir House. His C19th descendants arranged for the remaining rubble to be used in the construction of several local edifices, and had the Holy Well filled in with stones in 1850 to discourage the traditional annual Pattern. 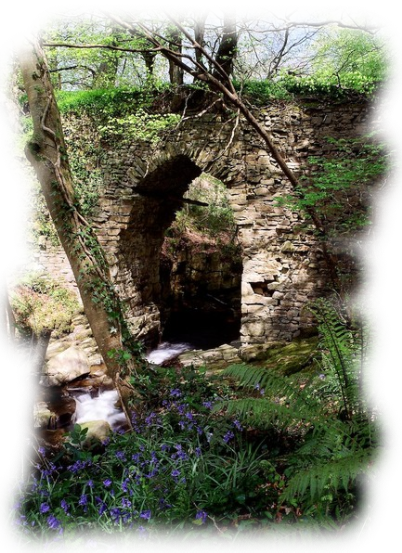 Ardara Bridge, a 30ft high medieval dry stone masonry arch spanning the Silver River, is an architectural curiosity of unknown origin. Tobias Chambers’ history of the area (1688) recorded that Hugh O Neill marched across this bridge on his way to Kinsale in 1601. It has been in the care of the OPW since 2006. (Photo – Ardara Hill Walking Club)

The old Mill is the most prominent structure in Cadamstown.

The first mill of which there is a record was a small thatched structure, part of which is still standing. This was built in 1604 as a flourmill and a spade mill by William McMorrow, one of the northerners who came with Hugh O Neill in 1601. The McMorrows operated the mill until 1656-7, when it was taken over by the Manifold family, who operated it for some time until the locals burnt it to the ground; charred and burnt marks can still be seen over the doorway. 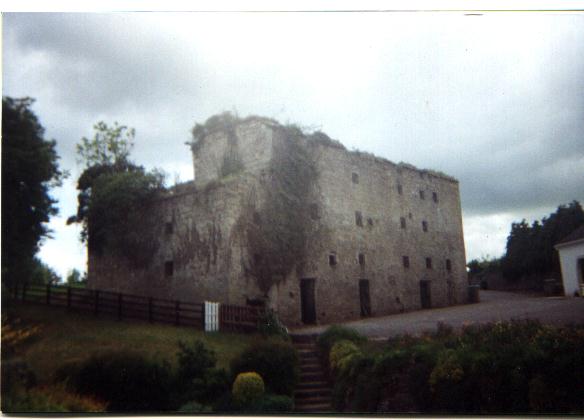 The present mill was built by Sina Manifold in 1831, using stones from Leitir Lughna. In 1890 the Manifolds sold it to William Slevin from Belfast, who converted it into a woollen mill. The edifice has remained disused since 1922, but many visitors stop to admire its great stonework. (Photo – )

The Miller’s House opposite the mill was used during the 1798 Rebellion as a yeomen’s barracks. Later it became the residence of Dan Manifold, and then of William Slevin.

The Roman Catholic church, erected in 1842, has great oak rafters and beams. Although mainly built of local quarried stone, it features remnants from Leitír Lughna such as a cross inscribed grave slab, a C12th decorated animal head and a human face, possibly Saint Luna himself.

The War of Independence saw a lot of clandestine activity in the Cadamstown area, mainly in support of IRA operations around the Midlands. Heated controversy surrounds the 1921 killings of  the Pearson brothers of Coolacrease House, members of a small Protestant sect called the Cooneyites, who have been compared to the Amish folk of Pennsylvania. Purportedly balanced accounts can be read here, here and here.

The village has a shop / post office / teashop, a pub and a picnic area.

The Silver River Geological Reserve can be explored on an EcoTrail that starts at the car-park beside Dempsey’s Pub.

The ancient Slí Dhála route across Ireland was known locally as the Munster Road;  this area regarded as part of Munster until 1605.

Cadamstown is at the western end of the Offaly Way, a 29km long-distance walking trail linking the Slieve Bloom and Grand Canal Ways.

Walking in the area is promoted by the Ardara Hill Walking Club.