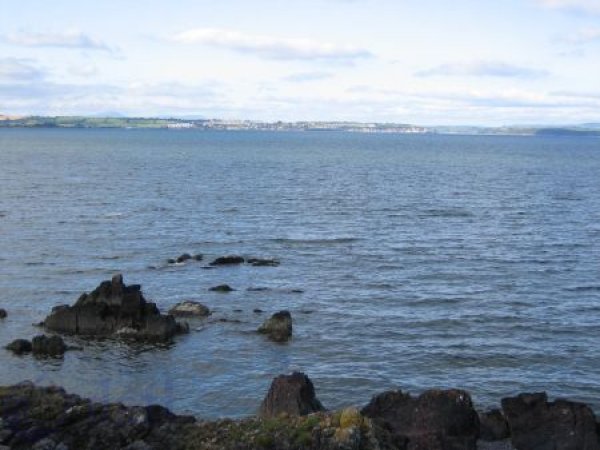 Youghal Bay is great for year-round dolphin and porpoise watching, while seasonal visitors include basking sharks and occasional migrating whales.

Ballymacoda is an Irish-speaking villages at the mouth of the River Womanagh where it flows into Youghal Bay, an ideal place to enjoy quiet peace and tranquillity.

Knockadoon Head is known for its clear waters, where lobster and shrimps abound. A craggy cliff walk, if taken with care, affords fantastic views of nesting seabirds.

Capel Island is Ireland’s oldest bird sanctuary. Access is only available to those with written permission from Birdwatch Ireland.

The Garryvoe Hotel, highly recommended for its excelent restaurant, has lovely views of the strand.

Garryvoe is due south of Ladysbridge on ByRoute 2.

Shanagarry (“Old Garden”) is a popular family seaside resort on Ballycotton Bay. Shanagarry formed part of the land granted By Oliver Cromwell to Admiral William Penn, whose son William, born locally, became a leading Quaker and was the founder of Pennsylvania.

Ballymaloe is famous for its superb Restaurant, beautiful Edwardian Gardens and Gardening School, while the world-renowned Ballymaloe cordon bleu Cookery School is now housed on another farm nearby.

The entire operation owes its excellence to the incredibly hardworking Quaker tradition perfected by the Allen family, especially Myrtle and her daughter Darina.

Shanagarry village is the location of the Stephen Pearce Pottery Centre.

Shanagarry is near Cloyne on ByRoute 2.

Ballycotton fishing village is shielded from the sea gales by an offshore island with Ireland’s only black lighthouse. It was here that the first trans-Atlantic steamer, Sirius, found its watery grave in 1847 with the loss of 20 lives. The colourful harbour is famous for sea-angling facilities, and there is also a steep cliff walk with lovely views and steps down to a swimming point. Ballycotton Wildfowl Sanctuary and Ballycotton Island are visited by extremely rare seabirds during stormy weather. Guileen features dramatic cliff walks and isolated rocky bays.

Roche’s Point at the entrance of Cork Harbour is a good spot to watch ships and boats of every size, shape and function. There are also pleasant walks along the scenic shore and lanes in the area.

Roche’s Point Lighthouse was erected in 1834 to replace an 1817 structure, moved to Duncannon (Co. Wexford). The keeper’s cottage is now run by the Sirius Arts Centre, Cobh, as a residence for visiting artists and writers.

Roche’s Point is the southern terminus of ByRoute 2.